WE WILL BE CLOSED JANUARY 8TH THRU FEBRUARY 7TH…reopening Wed. 2/8 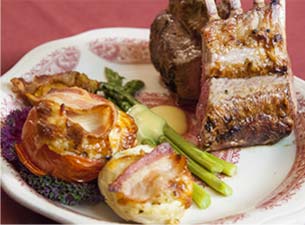 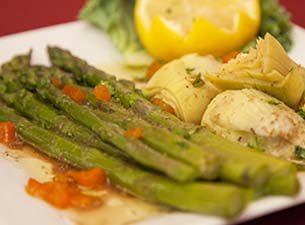 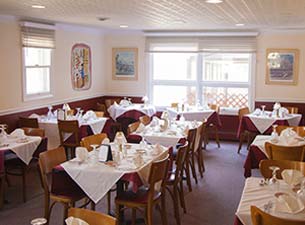 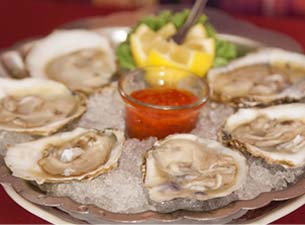 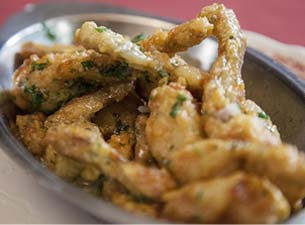 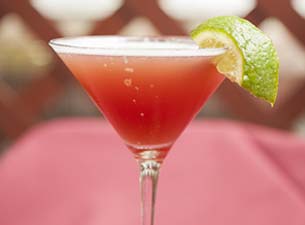 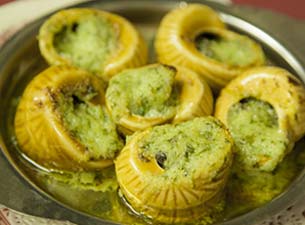 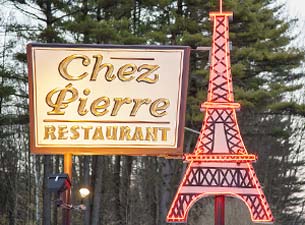 “In the Limbo hours between the ninth race and post-time the next day one can go to the sales, the Performing Arts Center where the Philadelphia Orchestra resides to soothe the memory of the day’s savage beasts, or dine out at various splendid Saratoga restaurants.

The class of these is “Chez Pierre,” which is run by a husband-and-wife team, Joe and Pierrette Baldwin. Joe is an ex-G.I. who met his wife in France and fell in love with her and her country’s cuisine. He studied the art of French cooking under an imported chef till he mastered it and now does a solo at the stove. Joe has redeemed every Army chef who thought S.O.S. was haute cuisine. His chateaubriand is done to French gourmet Robert Courtine’s specifications. “Charred as black as a saint’s skin on the outside and pink as a baby’s behind on the inside.” His sweetbreads are as sublime as a winning photo finish, and as for his mousse, the Legion of Honor has been given for less.”